Latvia is the central country of the Baltic States and is located in North-eastern Europe. Latvia has established itself as a strong agrarian and successful manufacturing country during the First Independence period between 1918 and 1940. On 17th June 1940 Latvia was occupied by Soviet Union and remained a part of it until the declaration of its independence on 4th May 1990.
Latvia is a parliamentary republic governed by Saeima (parliament) representing the interest of the people through 100 elected deputies. Deputies elect the President who appoints the Prime Minster. The Prime Minister leads the work of Cabinet of Ministers and guides the Government’s activities.

In 2004 Latvia joined the European Union and NATO opening a new page in its history as a developed and competitive country.

Latvia is rich in rivers, lakes, forests, and has a 494 km of coastline along the Baltic Sea and Riga Bay. Latvia provides untouched and rich nature together with highly developed modern cities. 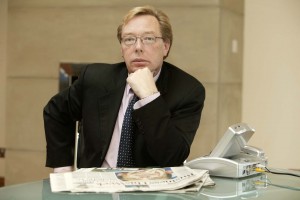